Can You Gargle With Peroxide As Mouthwash?

Your smile is your unspoken greeting to the world and the first impression you make when meeting someone new. Your oral health has far-reaching implications on your health as well: keeping a clean mouth reduces illness, slows the spread of bacteria, and protects against infection. So it’s vital to care for your teeth - not just to beautify your smile, but to influence your overall health. 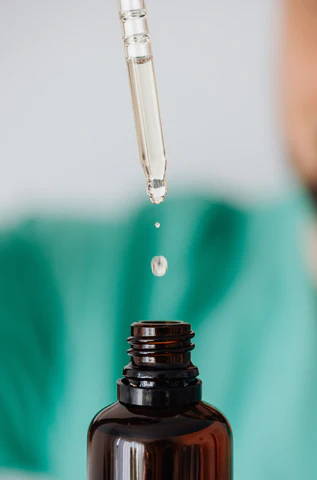 What is Hydrogen Peroxide?

Hydrogen peroxide is a chemical compound with disinfectant, antiviral, and antibacterial properties. It is an oxidizing and peroxide agent, meaning that it acts as a bleaching agent. While the scientific name may be intimidating, hydrogen peroxide breaks down into water and oxygen. You likely already have hydrogen peroxide in your medicine cabinet. This colorless liquid is a staple in many first aid kits, as it is an inexpensive and effective antiseptic.

You may spot hydrogen peroxide in a brown or clear bottle in pharmacies and grocery stores for only a few dollars, making it highly accessible. In addition, the versatile solution has a wide range of applications: from cleaning agent to first aid essential, and even an oral health treatment.

The use of hydrogen peroxide by dental professionals to remove plaque and prevent gum diseasedates back to 1913.Hydrogen peroxide is an oxidizing agent, which acts as an antimicrobial mechanism, inhibiting the spread of bacteria in the mouth. It also acts as a debriding agent, sloughing off plague and breaking through the biofilm slime barrier to fight gum disease and reduce inflammation. In a nutshell: hydrogen peroxide is an all-in-one oral health essential that removes plaque, stops the spread of bacteria, reduces gum inflammation, and even whitens teeth.

Is it Safe for Teeth Whitening?

It’s reasonable to be wary of introducing new chemicals and cleaning agents to your healthcare routine. Hydrogen peroxide is composed of oxygen and water and is widely regarded as one of the world’s safest natural sanitizers.  You may be surprised to know your products likely already contain hydrogen peroxide, especially if you are using whitening products! It is a common ingredient and is usually safe for topical and oral use.

Hydrogen Peroxide How To’s and FAQs 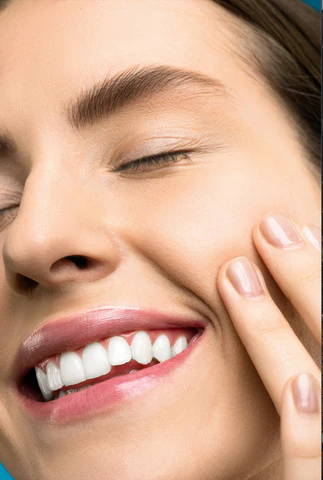 Can You Use Hydrogen Peroxide for Teeth Whitening?

Can You Gargle with Hydrogen Peroxide?

Can Hydrogen Peroxide Bleach and Stain?

Hydrogen peroxide doesn’t just whiten teeth - itcan also bleach or stain clothing and fabric.Be sure to use care when applying hydrogen peroxide treatments, as they may leave behind stains. If you’re nervous about your treatment, use a white towel or tissue to wipe your mouth after the treatment is applied to avoid bleaching your clothing. 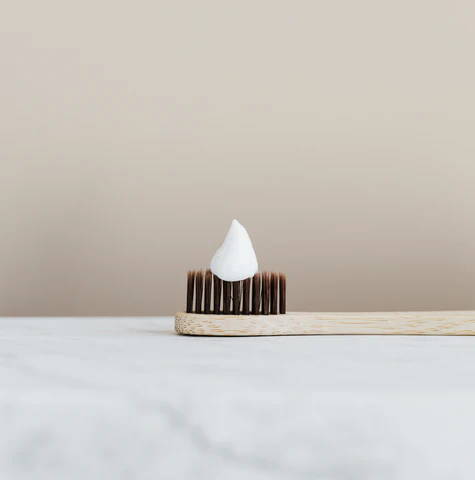 Can you make Hydrogen Peroxide toothpaste at home?

If you ever find yourself in a pinch and run out of toothpaste, you likely have everything you need to make a safe and effective toothpaste right at home! Baking soda and hydrogen peroxide, both inexpensive household staples, make a toothpaste that buffs away stains, freshens breath, and disinfects.

What About Teeth Sensitivity?

Teeth sensitivity may make some steer clear of whitening products, including those containing hydrogen peroxide. This may be due to the myth that whitening treatments always cause teeth sensitivity issues. Unfortunately, a single bad experience can lead to forming a negative impression about all teeth whitening. However, there are ways to whiten sensitive teeth!

GLO Science has revolutionized teeth whitening, and developed its gel to be sensitivity-free. What does that mean? It means that those with sensitive teeth can safely use it because care has been taken to create a formula that whitens teeth without causing pain.

Yes, but GLO Science's superior formula balances its strength with other safe ingredients. Warming heat acceleration from GLO devices boosts the gel's strength to a higher level, making the efficacy equivalent to a higher strength gel without needing to increase the concentration. Comfort with gel use is essential to a successful outcome, and GLO Science is a brand that gets it right.

Does Hydrogen Peroxide Cause Gum Irritation?

Some people have experienced gum irritation while using whitening products to whiten teeth. This discomfort usually happens because the mouth tray or strip containing the gel ends up saturating gums and teeth, and long wear times can also be a factor. While this side effect is usually temporary, it can cause some people to shy away from using any teeth whitening systems. The truth is that gum irritation is not inevitable and does not have to be a part of the whitening experience at all.

As stated earlier, hydrogen peroxide is commonly used as an active ingredient in dentist approved mouthwashes, which means it can be safe for the gums. The problem lies in exposing gums to HP at concentrations that are too high or applied for extended periods of time. This can be avoided by choosing GLO Science products with precision gel applicators.

Your smile is an integral part of your health - so it’s vital to take care of it. Hydrogen peroxide is a safe and effective treatment to keep your mouth clean and brighten your smile. Hydrogen peroxide sloughs away plaque, disinfects, and acts as a bleaching agent to whiten teeth. There are many ways to integrate hydrogen peroxide into your oral hygiene routine, from professional-grade products to at-home DIY teeth whitening solutions. It is simple to create a hydrogen peroxide mouthwash or toothpaste with just a few simple steps. For a brighter, healthier smile, consider adding hydrogen peroxide to your oral care routine today!

How is GLO Gel Applied?

When you use a GLO Lit kit or a GLO Brilliant kit, you receive a supply of GLO Vials containing GLO whitening gel. Instead of putting the gel into a tray, creating a scenario where your gums are going to be sitting in gel longer than they should, you simply brush gel directly onto your teeth. Since it is applied directly to teeth, where it penetrates and evaporates as it whitens, there's no getting it all over those sensitive gums.

How Fast Does it Whiten?

GLO gel with pure hydrogen peroxide can be applied to the teeth and used with the patented GLO Science heat and light mouthpiece for a period of five to seven days. It's a fast, convenient way to safely whiten your teeth at home using hydrogen peroxide.